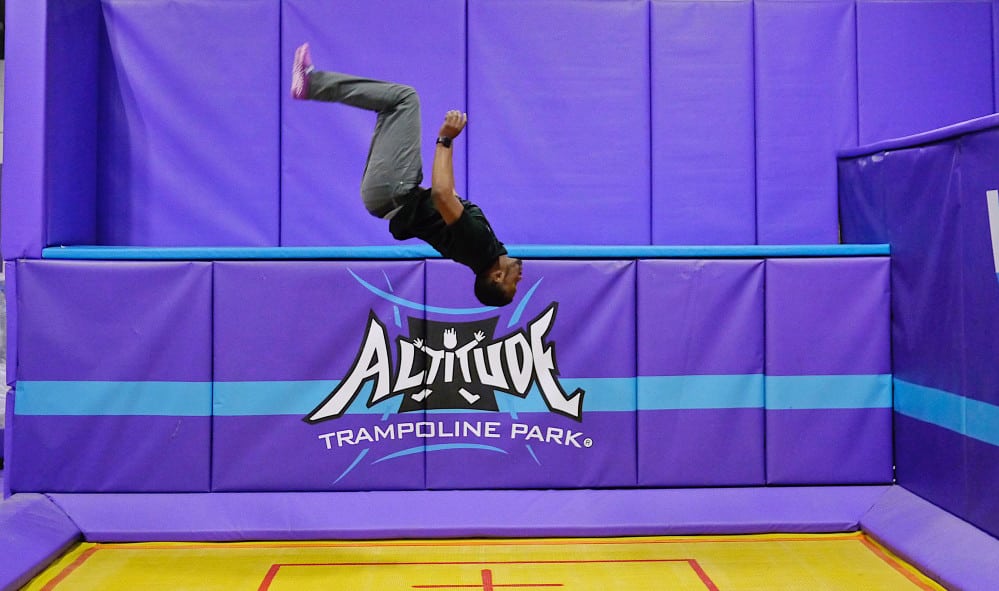 Guess we can all vividly recall those so-termed magnificent “Acme toons” bouncing and kicking around all over the television. The booming, click-clacks and those screechy squeals would often send anyone into the merry moments of shifting that wide-set grimace to bountiful joy. Sounds familiar? And now, Altitude Trampoline Park makes a ton of fun a sure-shot reality. A spread of delightfully colorful trampolines on a vast area lit-up in glitters is how we make your time here epitomize a magical garden of glee. When it comes to this game-play, art, or whichever way you might describe it, there exist a ton of facts that could awe anyone.

Just like the vast cosmos appeals to each one of us, there exists an enormous trampoline that covers 63,000 square feet of a continuous jumping surface. Fascinating, isn’t it? Best of all, this is a combination of neatly-sewn trampoline sheets. A pretty laborious affair for sure!

Hats-off to the Oz-jumpers that have never failed to impress. The good old Kangaroo created such an impression that the “gods of trampolines” George Nissen and Larry Griswold constructed and fine-tuned the first jumping surface in 1936, and to promote the product as an exercising mechanism, even rented a kangaroo to jump by their side making a limelight sensation at Central Park.

Believe it or not, Microsoft chief Bill Gates has set up a dedicated trampoline room on his residential premises. Wow, way to go monsieur!! Let’s hope he keeps the “WIndows” closed to prevent an “error.” He really does have a bouncy “surface.”

TO ERR IS HUMAN AND ONLY HUMAN!

Nobody goes around breaking one’s bones on trampolines, and nobody twists beyond a limit during the acts. It happens that most injuries take place due to many people simultaneously jumping on the same surface at the same time. A jesting commentary would be human cannons ramming each other; god save the surface!

Even NASA says so, jumping is simply better than running or jogging. More calories are burnt during the jumping activity as compared to jogging for half an hour.

US BEATS ALL IN WORLD C’SHIPS

We have shown a competition on the door. US’s Judy Cline has won more championships than competitors while David Jacobs and Dan Millman were the very-popular male contestants. Simply splendid, way to go fellas! 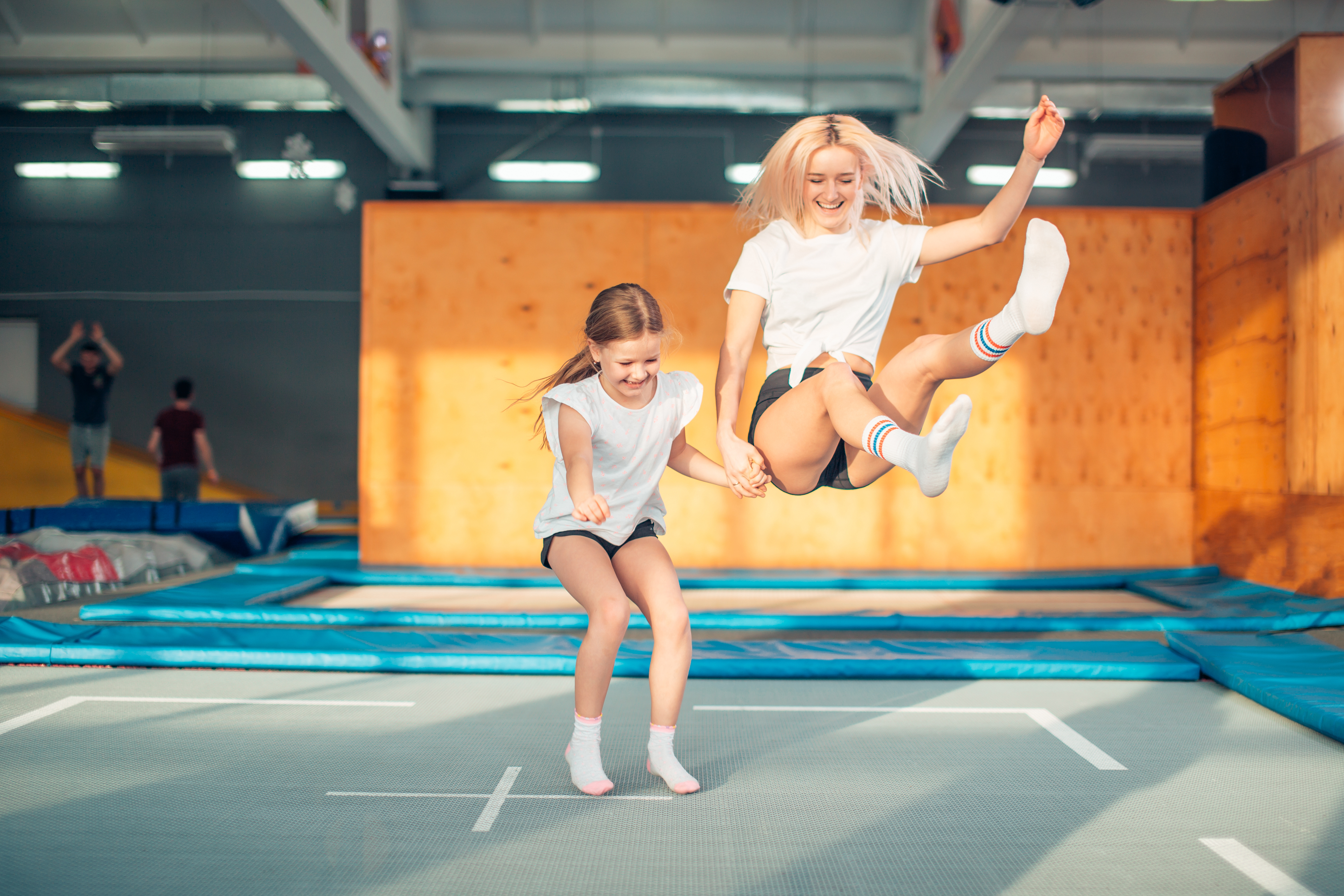 7 Fun and Exciting Things To Do on a Trampoline

Who doesn't like to have a good time? We guess no one. And trampolines... 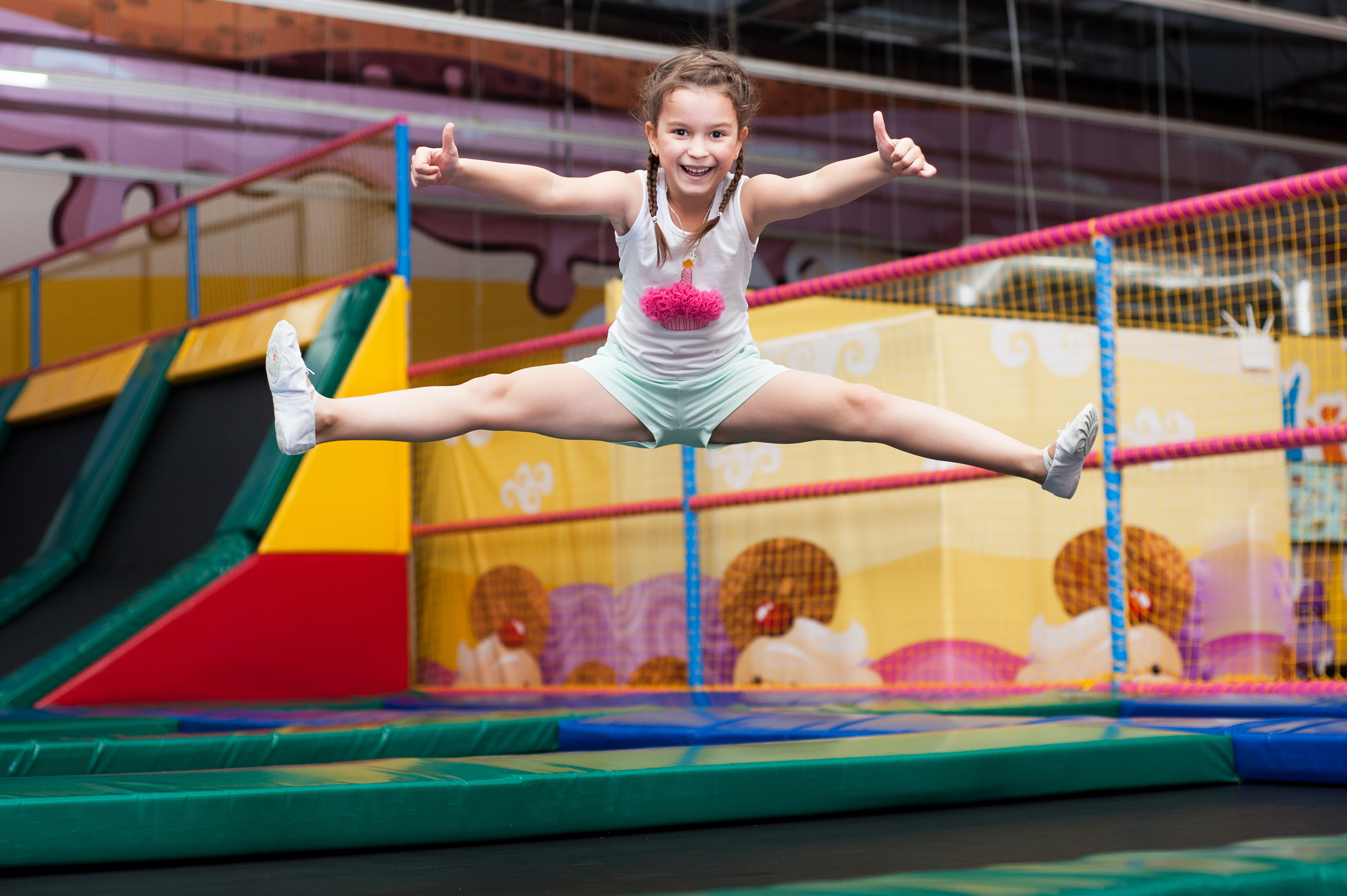 What Is The Best Thing To Do This Summer?

Summer is here, and we do not want to be cooped up inside our homes. N... 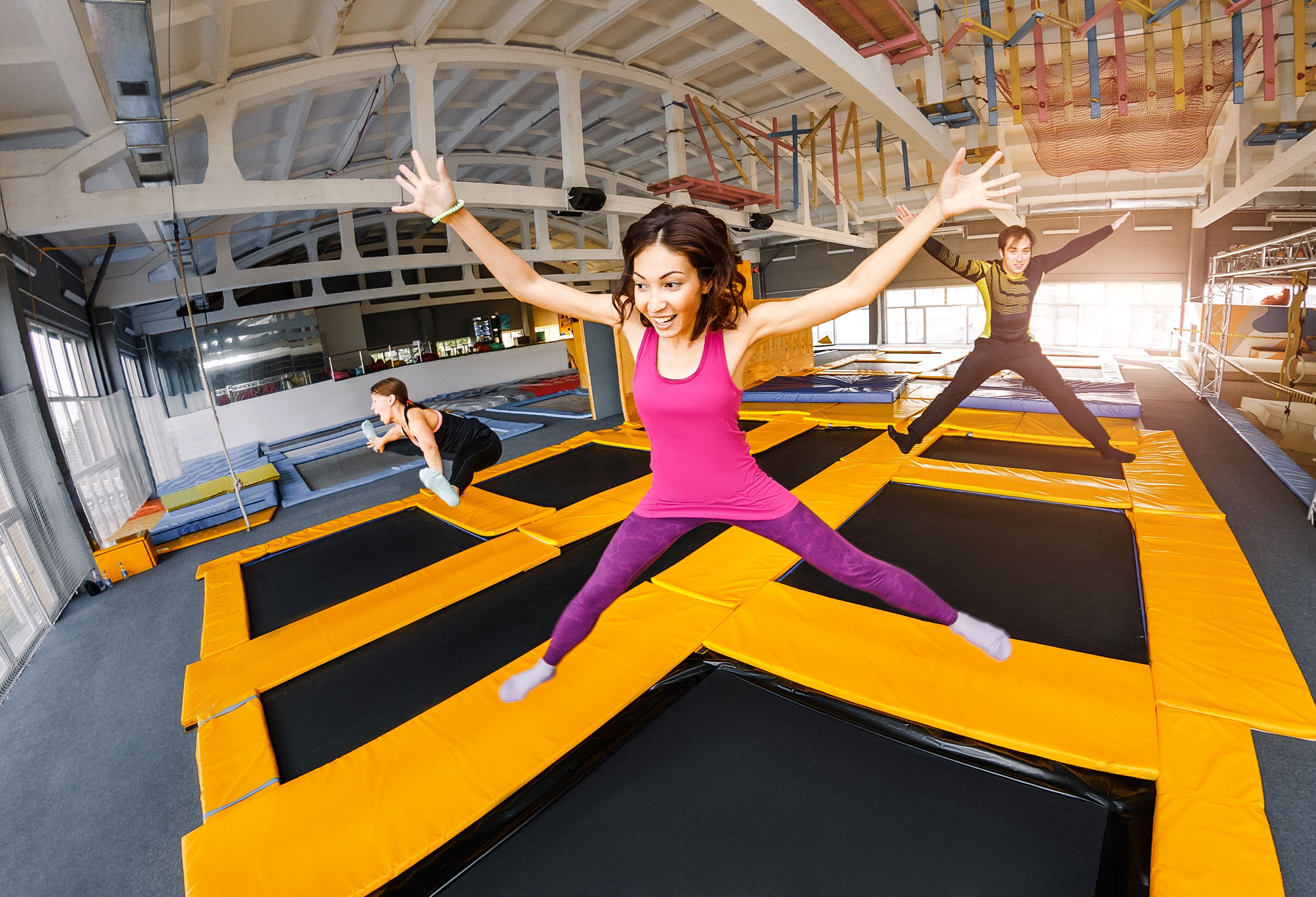 Fun and unique team building activities for the workplace

Do you think your team lunches are boring and passive? Planning a team... 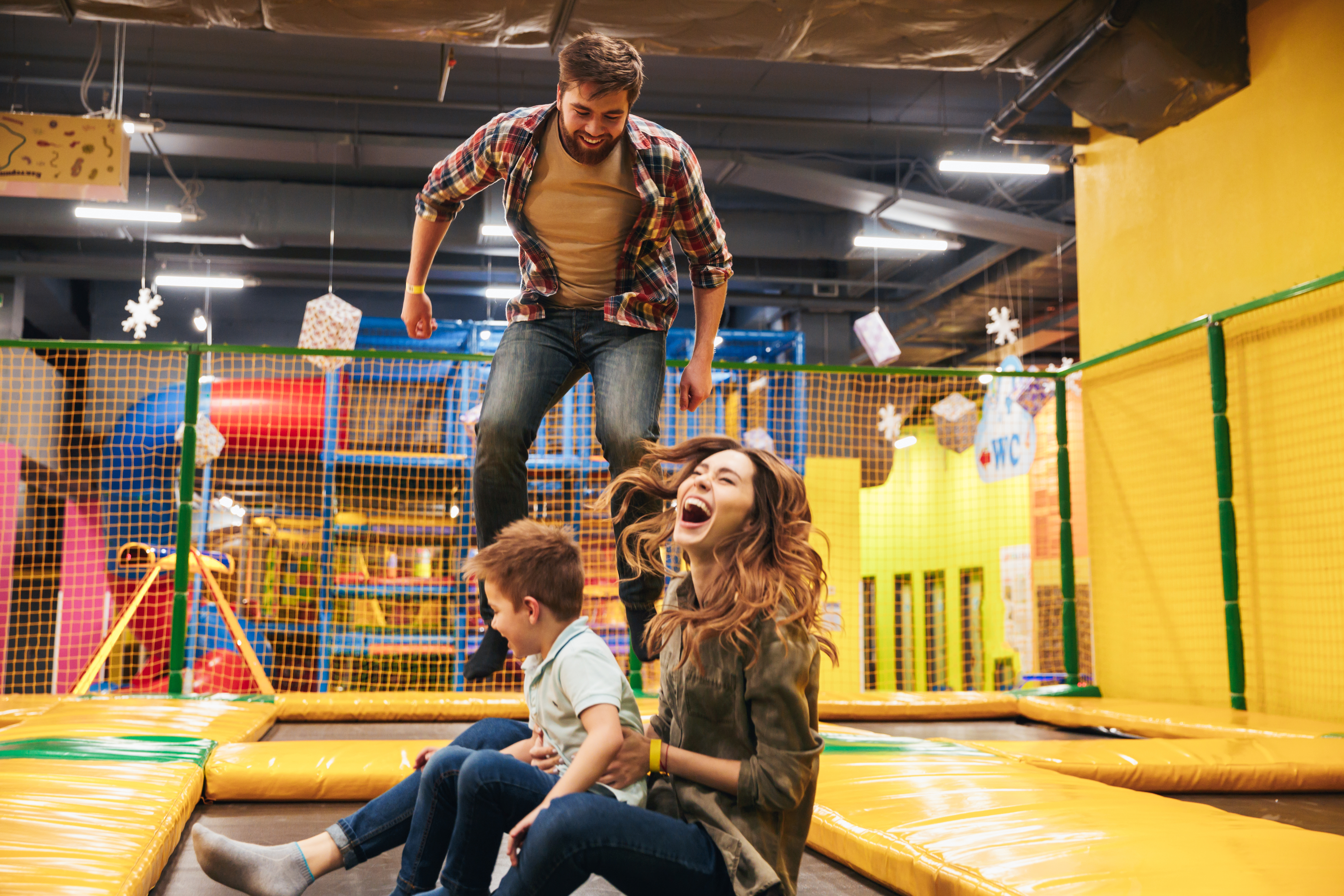 6 Reasons Why You Absolutely Must Start Trampolining 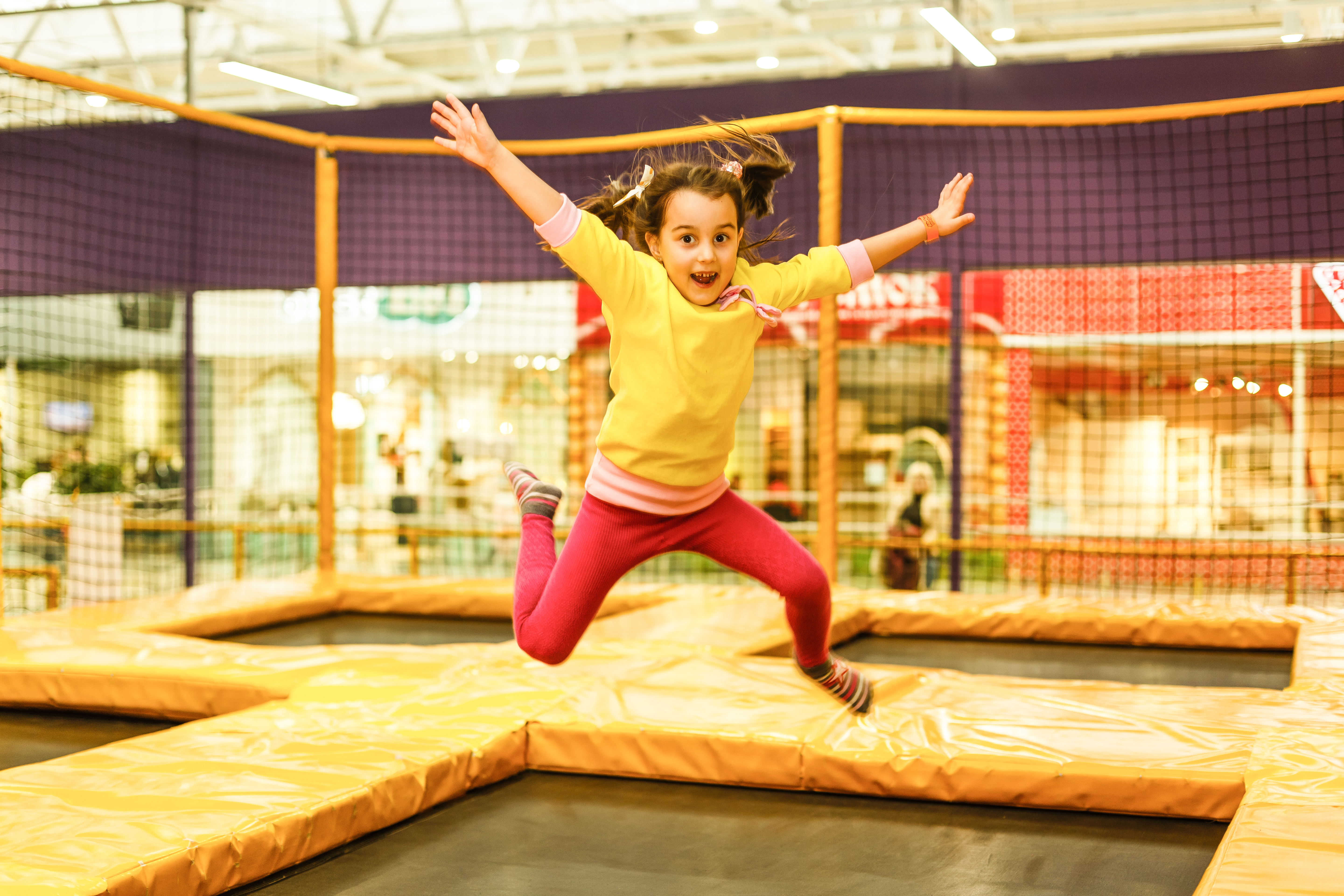 A trampoline birthday party: The best way for kids to have fun

Setting up a birthday party can be an overwhelming task- from sending ... Disclaimer: All prices are subject to change without notification. We occasionally run promotion prices as incentives or limited time opportunities for qualifying purchases and event bookings made during the promotional time period. Due to the time-sensitive and promotional nature of these events, we are unable to offer price protection or retroactive discounts or refunds for previously booked events and parties and on purchases of passes in the event of a price reduction or promotional offering.